Though Scottish by birth (descended on his father’s side from an early-18th-century Lord Provost of Edinburgh) Jonathan Warrender was brought up in a house in Somerset, whose wide views over the Mendips, with their chequerboard patterns of pasture and arable, made a lasting impression. In 1966, when he was 12, the family moved north of the Border, and today he still lives with his wife and children on a farm in Ayrshire.

View the House Gallery showing a sample of Jonathan’s past work.

A sufferer from dyslexia, which may paradoxically have given him greater powers of observation in other spheres, Warrender left Downside in 1972 and spent the following four years at Camber-well School of Art. Here, at the height of the fashion for abstract and kinetic art, it was hardly surprising that he should feel ill at ease. Indeed, he recalls that the only time a teacher became really excited about his work was when he propped a convenient piece of hardboard below a leaking skylight, and it was taken for a daring new work.

On the other hand, the practical experience of art school, and subsequent work copying pictures for Sotheby’s clients (through his friend and fellow-artist Andrew Festing), helped him to develop his own meticulous technique, and an easy mastery of perspective that has never left him. Jonathan’s early landscapes were accomplished, but he found his true metier in 1980-81 when Sir lain Tennant invited him to paint Innes House in Morayshire, complete with its gardens, woods and part of the surrounding estate.

Following this time Jonathan revived the tradition of the ‘Bird’s Eye View’, brought to this country by Flemish artists in the 16th and 17th Centuries, working to Commission both in this country and abroad. Painting the rural idyll of a country house with its surrounding estates gave Jonathan the opportunity to perfect his hand at a form representational of the landscape in current times. 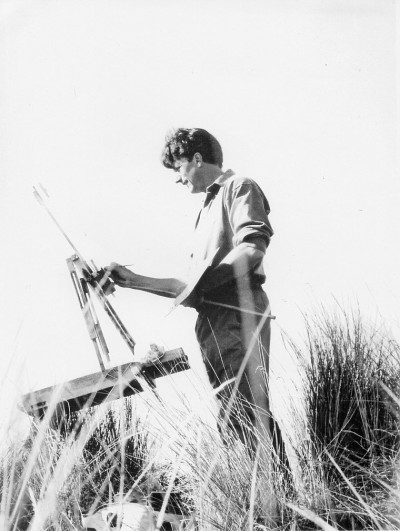 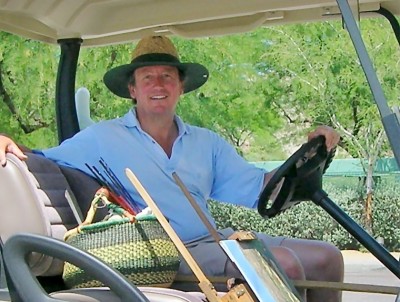